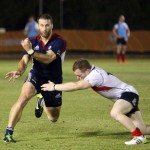 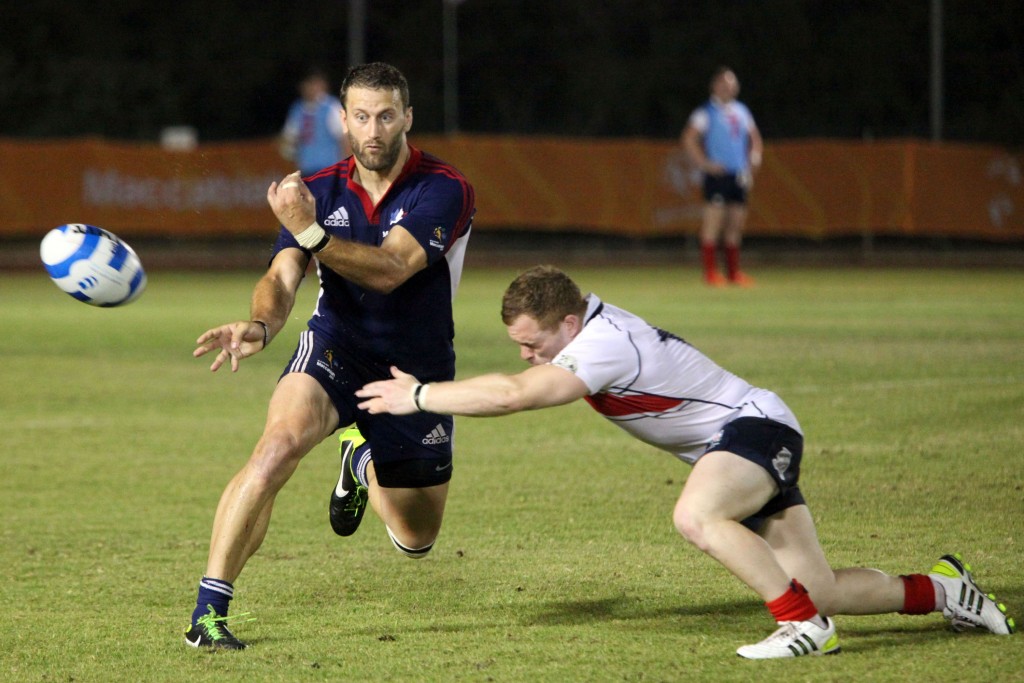 Contact David Silverman at daviid@dpsimages.com for a high-resolution file of this image.

Kevin played  professionally for Agen in the FrenchTop 14. Swiryn plays at both center and wing . He was selected to tour with the USA EAgles squad for the Autumn 2010 tour of Europe. His debut was on May 31, 2009 against Ireland. Kevin was also selected for the USA Eagles for the 2011 Rugby World Cup in New Zealand

Swiryn started playing when he was 19 years old at Saint Marys College. He went on to be named to the All-American Team, where he captained the squad in 2008. He has also played for the United States Sevens. Swiryn temporarily retired at the end of 2011-2012 season due to persistent injuries, but returned to playing rugby and made the U.S. National rugby sevens team in 2015. Kevin is currently on US Olympic squad to compete at the 2016 Olympic Games.

Kevin was an key player on the 2013 Maccabiah team , winning Gold in Sevens and Bronze in Fifteens.

In 2017 Kevin captained the side to Gold in Fifteens, 20 years after the first historic win by the USA. Kevin was also named as a banner bearer for the entire USA delegation at the opening ceremonies.