“The Maccabi USA Rugby Family is pleased to announce the induction of Ray Cornbill, Stuart Krohn and Shawn Lipman into the Maccabi USA Rugby Hall of Fame on Friday, March 2, 2018 from 8-11PM at the Luxor Hotel in Las Vegas. The ceremony will include the USA Sevens, the 5th stop of the World Rugby HSBC Sevens Series. Following the ceremony, Maccabi USA Rugby alumni, current, and future players will represent Team USA in the Las Vegas Invitational tournament.

“We are inducting three great men into our Hall of Fame class” said Jon Velie, Chairman of Maccabi USA Rugby Hall of Fame. “All epitomize commitment, sacrifice, winning and camaraderie. From our first coach, to a leader from the 1997 gold medal team, to the most decorated player in Maccabi USA Rugby history, are a great way to continue the tradition for a team, a family, and a people who have so much great pride.”

Prior to joining the Maccabi USA Family, Ray Cornbill coached the USA Eagles National Side from 1979-1982. In 1985, he became the first ever Maccabi USA Rugby Head Coach in 1985, leading the team to a bronze medal. He was selected to coach again for the next two Maccabiot, winning both bronze and silver medals. Cornbill was a member of the selection panel for the USA Eagle National Team from 1976-1983 and helped Maccabi USA Rugby compete in tournaments with USA Rugby.

Shawn Lipman is a four-time athlete alumnus of Maccabi USA. He was a member of the 1989-1997, and 2009 Maccabiot. He was captain of the Rugby teams in 1993 and 1997 and was selected as MVP of the Maccabiah Games in 1989, 1993, and 1997. He additionally served as Flag Bearer for Opening Ceremonies at the 1997 Maccabiah Games. Lipman is a two-time coach alumnus of Maccabi USA, having coached the Open Men’s 7’s Team to gold and Open Men’s 15’s Team to bronze in 2013, and the Open Men’s 15’s Team to Gold in 2017. He won 8 medals in seven Maccabiah Games, which is more medals in open team sports at the Games than any other athlete and is the first person to win Gold in rugby fifteens as a player and coach. He played for Santa Monica Rugby Club and was named as Most Valuable Player in seven seasons. In 2006 Shawn was inducted to the Santa Monica Rugby Hall of Fame. In 1988, Lipman was selected for the United States Eagles National Team and went on to play over 20 international matches, including 9 test matches. He represented the Eagles at the 1991 Rugby World Cup. Lipman was inducted into the National Jewish Sports Hall of Fame in 2004, with other notable athletes like Mark Spitz, Sandy Koufax and Jason Lezak. In 2011, Lipman was inducted into the Southern California Jewish Sports Hall of Fame. 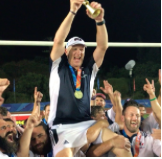 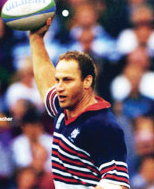 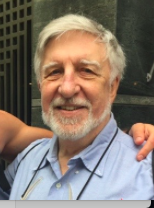