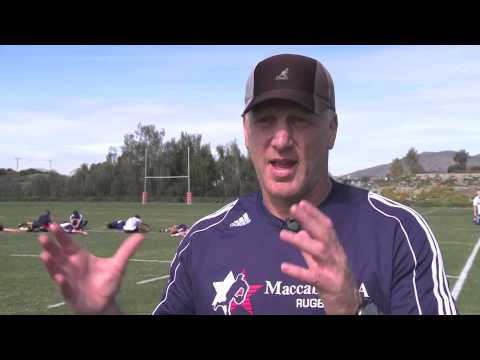 Maccabi USA Rugby is pleased to announce former Eagle Shawn Lipman as Head Coach for the USA squad that will compete in the 2017 World Maccabiah games.   “We are very excited to have Shawn back coaching the USA.  He is a true competitor on and off the field and we are confident his leadership and experience will bring us Gold in Israel” said Maccabi USA Rugby Chairman, Dave Rudzinsky.

Lipman coached the elite USA squad to a Gold medal in 7’s and a Bronze medal in 15’s at the 2013 Maccabiah games.  He has also medaled as a player in 5 games and was Captain of the 1997 USA Gold Medal team where he was named overall tournament MVP.  Shawn represented the US National Team, the Eagles, from 1988 to 1991 including 3 matches during the 1991 World Cup.  In 2004, Shawn was inducted into the National Jewish Sports Hall of Fame that includes athletes such as Mark Spitz and Sandy Koufax.

Take the jump to read more.